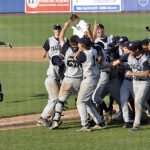 A Harvard study spanning across 75 years, reveals that honest, authentic, and reliable relationships are the source of happiness, and good physical and mental health.

Director of what is one of the longest running studies on adult development in the world, Robert Waldinger, recorded some 13 million views on a TED Talk where he discussed the findings. In this article we share what Athlete Assessments’ Senior Consultant and Director, and Author of ATHLETE TOUGHTM, Bo Hanson, considers these significant findings to mean for athletes, teams, and coaches.

Beginning in 1938, known as the Grant and Glueck study, the research tracked the lives of two groups of men, one from Harvard and another later group from Boston. Of the original 724 participants, 59 are still alive and in their 90s. Among the original cohort was eventual President, John F. Kennedy, and former Washington Post editor, Ben Bradlee.

The researchers eventually expanded the study to include the men’s children, numbering around 1,300, as well as their wives. There was no one direction in life for participants, with some going onto become businessmen, lawyers or doctors, while others developed severe mental health issues or substance abuse, no individual’s path was predictable or inevitable.

Over the course of the study, researchers have regularly examined the cohort’s health trajectories, measured skulls, taken blood tests, studied organs, and conducted MRIs. Prior to 1972, the foundational study Director, Clark Heath, focused on genetics and education as predictors of good health outcomes.

It wasn’t until second Director, George Vaillant, took over guidance from 1972-2004 that the research began to consider relationships as well. For a broader understanding of their lives, participants were engaged in one-on-one interviews which included discussing their triumphs and failures in careers and marriage. Psychiatrist, Robert Waldinger, is currently the fourth director of the 75-year continuous study, and he carries on the research into relationships playing a key factor in happiness.

Close relationships are not restricted to marriage or life partners, they encompass connections with community, family, and friends, but must always be characterized by warmth, honesty, and authenticity. According to Waldinger, “It’s the quality of your close relationships that matters.”

In particular, the study showed that having someone you can rely on helps relieve your nervous system, keep your brain healthy, and reduce emotional stress and pain.

Findings showed close relationships aid in the prevention of mental and physical decline, while close connections can be accurate predictors of long happy lives, rather than genes, IQ, or social class.

Close relationships are more important than money or fame.

Loneliness is shown to be just as powerful as smoking or alcoholism as major predictors of poor health outcomes.

In his TED talk Waldinger says, “Close relationships don’t just protect our bodies; they protect our brains. And those good relationships don’t have to be smooth all the time. Some of our octogenarian couples could bicker between each other daily, but as long as they felt they could truly rely on one another in tough times, those arguments didn’t take a toll on their memories.”

Bo comments on the finding that close relationships are more important than money or fame, saying “This finding is interesting as I tend to agree based on my experience working within the professional team environment. The fact is players in the professional teams we work with are receiving an income well above what they would likely receive if they were not a professional athlete. There is absolutely a point where the money is not significant, when compared to the impact poor team relationships and team culture can have on an athlete’s performance. You cannot improve an athlete’s performance just by paying them more, and in many cases, this only serves to distract them.”

Applying these findings to sport

Bo explains the significance of these research findings for sporting programs. He says, “This research is directly relevant to the many issues we have encountered during our work with teams for almost 15 years now. Our focus is on nurturing quality working relationships and primarily we are looking to develop higher levels of trust. In sport, trust means your team members not only rely on you to perform your role, they know you will look out for your teammates, make decisions in the interest of what’s better for the team, and be relied upon to codevelop and adhere to team values, behaviors, rules, and processes.”

Teams who lack trust create a stressful environment for all team members. Not having an informed idea of how a teammate will behave can be debilitating to performance, especially when considering the added stress levels of competition. The inability to predict whether team members will perform their role well, for the benefit of the team, can be a distressing position for an athlete.

Bo relates to this issue, saying “I’ve experienced team members breaking team rules, performing poorly despite coaching interventions, showing a lack of empathy to others, or simply not demonstrating a desire to have productive relationships with other team members, leading to exclusion and isolation. On these occasions, if the issue was not addressed by the coach, the team always performed poorly and never reached their potential.”

In sport, as Bo says, “Many athletes have experienced isolation and segregation from their team members due to political, racial, or a range of other reasons why people are excluded from a team’s tight relationship clusters. Coaches must constantly be on the look-out for signs of athlete isolation. A significant factor to consider here is the impact of social media. Coaches need to be conscious of the dialogue in their teams and how it is affecting individual athletes as well as the team culture.”

“Research findings also rejected the idea that people’s personalities become fixed by the age of 30. This aligns with the key reason we discuss growth mindset and why we focus on understanding athlete and coach behavioral preferences using the DISC Model, rather than their ‘personality’.”

We are pleased to know that the study will go on, so we can continue to interpret and reapply these important findings to our lives. The research already now includes wives and children of the original male cohort, but Waldinger has proposed to expand the study to examine the third and fourth generations.

The study Director says, we’re trying to examine how people manage stress, and whether their bodies are in a sort of chronic ‘fight or flight’ mode.” Waldinger said, “We want to analyze the way a difficult childhood can reach across decades to impact the body in middle age and later.”

This is particularly interesting in conjunction with the research we discussed in What Differentiates Superelite Athletes from their Competition, inspired by ‘Super Champions, Champions, and Almosts: Important Differences and Commonalities on the Rocky Road’. This study from 2016, showed that the number one factor that athletes who achieved greatness had in common was the experiences of ‘trauma’ they had to overcome in their journeys to the top of their sports. That study found that learning to autonomously adapt to hard times and adversity played an important role in the development of resilience and self-reliance.

There are many recurring themes discussed in the pursuit of success, whichever way success is defined. One of the most important themes is, quality relationships.

The ATHLETE TOUGHTM Program guides athletes to develop the mental skills that help strengthen crucial relationships and build resilience among athletes and teams. ATHLETE TOUGHTM is a step-by-step program that coaches can administer weekly, taking an individual athlete or team through exercises and activities that address topics like, staying in the game, toughness, resilience, mastering accountability, critical relationships in sport, and staying tough under pressure. The program develops an athlete’s mental skill set by engaging them in reflective journaling, activities and exercises aimed at building their capacity to navigate challenge in a positive and proactive way. 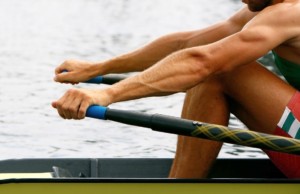 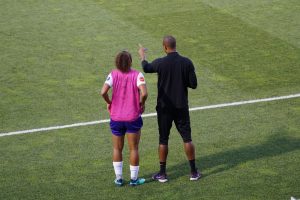 So, what differentiates super champions, champions, and athletes who fall just short of being the best? What separates the best from the rest, what factors can take an athlete to the next level of their performance? 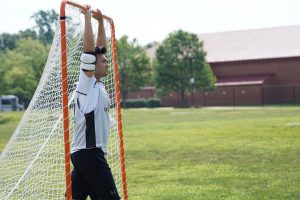 The standard of perfectionism has never been higher, and the pressure to achieve continues to grow, Bo Hanson explains why we need to teach athletes from a young age to focus on effort and not just executing their performance.