4x Olympian, 3x Olympic Medalist, and Specialist Coaching Consultant
Taking advice on developing mental toughness is like any other area in your life.

You want the best. You want someone who has experience, has done it themselves and has a proven track record of helping others achieve their best results. Bo Hanson, the author of ATHLETE TOUGH™, is ideally qualified to deliver on this topic.

Why? Because he is an elite athlete himself, and more than that, he is a 4 x Olympic athlete and 3 x Olympic Medalist who has put these proven strategies into practice time and time again throughout his own sporting career. And since starting Athlete Assessments in 2007, he has also used them to help more than 800 teams across 41 different sports achieve outstanding success including numerous clients who have gone on to win Div I National Championships, Premierships and compete at the highest levels of elite sport.

Bo Hanson knows what it means to be ATHLETE TOUGH. He lives high performance every day as an athlete, Coach and Consultant so he knows the value in getting the “people side” of sport right. Throughout the program Bo shares his knowledge with both the Coach and athlete in mind. The goal? To get you to take action so you can really learn how to build mental toughness, resilience and grit. Bo teaches you HOW to become, and stay, ATHLETE TOUGH.

In 1992 at just 18, Bo Hanson became Australia’s youngest rower to compete at the Olympics. He went on to win bronze medals at the 1996, 2000 and 2004 Olympic Games. During his Olympic career, Bo also studied at the University of Technology, Sydney beginning his 25 years of experience in corporate training, development and facilitation.

Utilizing his learning experiences and his training and development qualifications as well as his athletic accomplishments, Bo Hanson founded Athlete Assessments in 2007 with the aim of enabling athletes, coaches, and sports organizations to achieve peak performance.

As an International Coaching Consultant and Director of Athlete Assessments, Bo now works within sport and the business sector consulting on leadership, management and Coach development. Throughout his career, Bo has worked internationally with more than 100,000 Coaches, athletes, and sports administrators from over 40 different sports across several countries including some of the top Olympic, Paralympic, National, Professional, State, and US College teams to improve coaching strategies and performance. Bo also works with leading coach education providers, leadership programs, universities, and a network of consultants.

Bo Hanson is highly educated and accredited in the use of DISC Profiling, Emotional Intelligence (Emotional Competence Inventory 360), the Myers Briggs Personality Type Indicator plus several other personality and behavioral modelling tools. However, Bo has chosen to focus his work on DISC Behavioral Profiling and has developed the world’s only sporting version of DISC for use with Coaches, Athletes, Sports Managers, and Officials. This sport specific behavioral awareness tool has consistently helped clients improve their performances on and off the field.

Due to his unique knowledge of DISC behavioral profiling and his own Olympic background, Bo Hanson has become a much sought after speaker at a number of International Sporting Conferences. He has spoken at more than 100 conferences on topics critical for coaches of all sports to understand. At the core of these presentations is the philosophy that building self-awareness enables people to develop productive relationships with those around them. Bo specifically discusses a modern approach to coaching and leadership, how to create improved team performances and how to use behavioral profiling to achieve sustainable success. With his practical experience from working with more than 700 teams, Bo discusses the behaviors of the best teams and identifies how to prevent your program from being derailed by “people issues”.

Bo’s mantra is that “sport is played by people, coached by people and managed by people, so it is imperative to get the people side right”.

Play Video
“I think that it is important to remember that the origin of the coaching profession is EDUCATION. We need to educate our student-athletes, many of whom have come to us with a very different skillset from their Coaches, and provide them with concrete strategies they can employ to achieve mental toughness. ATHLETE TOUGH does that, and does it very well.”
Becky Ahlgren BedicsAhlgren Bedics Consulting Indiana, USA 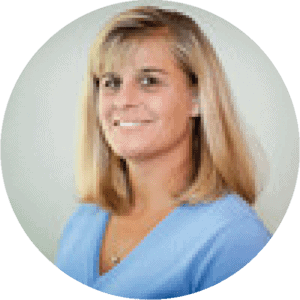 We know sport and live high performance every day. While we are best known for our athlete profiling and team dynamics consulting we do more than just assessments. Our services include DISC Behavioral Profiling specifically for sport, Performance Reviews, Professional Development and Training, Team Consulting and Keynote Speaking.

Sport is an opportunity to be your best. We want to help you achieve that. Find out why the top universities, national, Olympic and professional teams rely on Athlete Assessments to get ahead and stay ahead. Visit athlete assessments.

Written by an athlete, for athletes.

Having worked with Bo Hanson before, I have the highest regard for him personally and in the field of sporting endeavors.
John EalesRugby Union – 86 Tests, 55 as Captain, Dual World Cup Winner (as Captain) & Business Leader

Bo did an outstanding job helping our staff and players understand how important the team dynamic is to be successful.
Tim O'BrienSaint Mary’s College of California’s Rugby Head Coach - 2014 and 2015 D1A National Champions

Bo did an outstanding job helping our staff and players understand how important the team dynamic is to be successful.
Dan O'BrienHead Coach Santa Clara University Baseball Team

Bo is very engaging, upbeat and personable. His presentations are informative and extremely useful for all coaches. It’s one thing for coaches to recruit top talent, but it’s even more important to find out how to coach them successfully. Bo Hanson and Athlete Assessments has a comprehensive program that will help a coach guide and navigate their team to greater success.
Andrea GastonGolf Coach University of Southern California 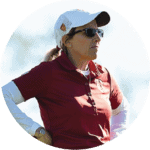