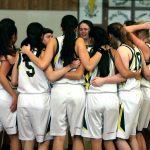 They forget or don’t consider that an athlete’s mental toughness, resilience, self-awareness, ability to understand and work with others, are just as important as speed, power, endurance, or any other physical attribute in their sport.

It is now widely accepted that mental skills distinguish the best athletes from their competition. In the video below, I address this critical topic and explains why having strong mental skills can be more important for an elite athlete than their physiological ability.

Why Mental Skills Are So Important in Sport

I was reading an interesting article recently on the All Blacks New Zealand Rugby Union Team. The article described the process the team underwent to develop a strategy that combatted the likelihood of them ‘choking’.

The article used a great analogy for this. Imagine that elite performance can be viewed as a perfectly circular wheel, with spokes shooting off from the hub. These spokes represent the various elements that contribute to a team or athlete’s peak performance. This encompasses everything from physiology, tactics, strategy, mental skills, strength and conditioning, nutrition, and medical support. When all these spokes are solid and working together, they combine to create a perfectly true wheel, one that will therefore run efficiently.

By working through optimizing all these elements, the All Blacks discovered that they never experienced the big breakthroughs they were hoping for. Instead, they re-examined their perspective on mental skills. They realized that mental skills must be viewed as more important than just another spoke. But if they value mental skills more than the other spokes, what does it become instead? They determined that mental skills become the hub of the wheel.

If you consider mental skills to be an athlete’s hub, then you acknowledge that every single decision is processed and evaluated by their brain. Mental skills are more than just an outer piece of the puzzle, it must be regarded as a central and major component that affects everything we do.

If you reflect on your own sporting experiences, I’m sure you could describe athletes you encountered who may not have possessed the strong physical attributes that others did, but they excelled through their ability in the mental side of their sport.

The meaning of the term ’Mental Toughness’ has often been debated. My definition of mental toughness was shaped by my experience listening to a select group of people who learnt to develop it to the highest degree, the US Navy SEALs. During my coaching years with the USA Olympic Rowing Team, we had the opportunity to spend time with the SEAL Instructors and Officers, who put our Olympic Rowers through the most demanding workout I have ever seen. Before we began the workout, we all sat in a briefing room and were inducted into what it means to be part of the SEAL Culture.

Inevitably, the SEAL Instructor discussed how they viewed mental skills and toughness. SEALs describe themselves as ordinary people who do extraordinary things. It was obvious that the SEALs were physically fit, but you would never appreciate just by looking at them exactly how extraordinary they were. During this experience, I came to have an idea of how tough these people were, and it reinforced for me that Toughness has NOTHING to do with your physical appearance.

For many people it can be difficult to define mental skills and toughness in a concise manner. The Navy SEALs have compacted this into the following four elements.

Setting short term goals ensures an athlete remains focused on immediately productive actions and avoids the mind being distracted by unproductive thoughts, which can have emotional and physiological impacts. When I was rowing my crew would set technical focus points for a period of 20 strokes, progressing our focus to the next logical part of the stroke or race plan after each interval. What I found was that after a series of these intervals the race was almost over and our minds had remained focused on our task, also critically distracting us from the pain of the event.

Positive self-talk involves understanding your internal dialogue. Mentally tough people possess a sense of positive self-efficacy. They have an inherent confidence in achieving a positive outcome and they express this in their thoughts. During my experience with the SEALs, I watched them yell encouragement to themselves and others, which also benefited those around them. The mental process an athlete goes through when the scoreboard isn’t in their favor will significantly influence their ability to take action towards creating a winning outcome.

Most elite athletes have to some degree developed the skill of managing their emotions to ensure they are in the most productive state for competition. This includes the ability to remain composed and assess situations quickly to make quality decisions. What distinguishes a SEAL’s ability from an athlete to do this, is the life-or-death circumstances. Athletes will never share this same pressure in a competition setting, so staying composed as an athlete is a relatively simple task when compared to the demands of a SEAL.

Visualizing a successful end result is a hallmark of mental toughness that most coaches know is a key skill which athlete can develop to improve in their sport. Practicing this mental skill allows an athlete to prepare their body to execute under pressure and continue to do so in the heat of competition.

Not only do SEALs have a deep understanding of mental toughness, but what I appreciate most about their approach is that each of the four elements can be learnt. Mental skills can be taught through time and energy, like any other aspect of performance. Developing mental skills can even be seen as requiring far less effort and stress than the demands of physically training hard. To achieve excellent mental skills requires an understanding of its value in distinguishing top athletes when many other performance factors are relatively equal.

Created by Bo Hanson, the ATHLETE TOUGHTM, Handbook and Video Series is your go-to guide for developing mental skills and toughness in your athletes. Being ATHLETE TOUGHTM is defined by the actions you take when your performance matters the most. This unique and proven program is designed to ensure your athletes never give up, never quit on their team, and never quit on themselves. It will deliver strategies on how to be mentally resilient and provide step-by-step processes to help your athletes become and stay mentally strong. 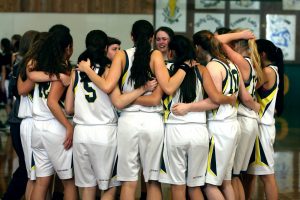 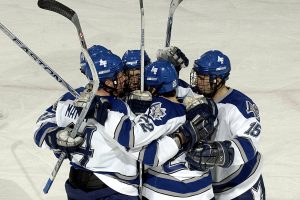 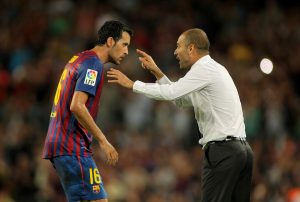